Hanoi (VNA) – A storytelling contest on
Vietnam– Lao Friendship was launched in Hanoi on May 9, as part of a special communication campaign for the 60th anniversary of the founding of diplomatic relations between nations (September 5, 1962-2022).

Co-organized by the Vietnam-Laos and Laos-Vietnam Friendship Associations, the Lao Embassy in Vietnam and the Vietnam Times magazine, the competition is accepting entries in the form of writings or video clips until August 31. All Vietnamese citizens with relations with the Lao people are eligible to participate. Entries should tell stories about the contestants memorys, who must have been held for at least five years.

Via the judges’ decisions and the readers’ votes and shares on the official contest website, a special prize, five first, 15 second, 20 third and 30 consolation prizes will be awarded. 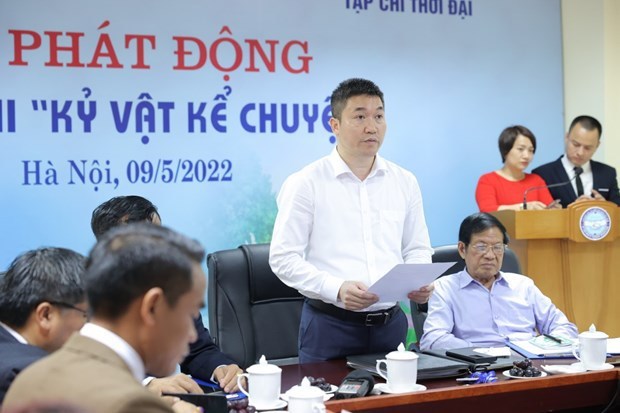 At the launch ceremony (Photo: VNA)

During the launching ceremony, Nguyen Tien Long, vice-president of the Vietnam-Laos friendship Association, said the competition will popularize the countries’ special friendship values ​​to the younger generations in a new and interesting way.

Chanthaphone Khammanichanh, Deputy Ambassador of Laos to Vietnam, said the memories hold invaluable spiritual values ​​about the history of affection and relationship shared between the two peoples./.

Thompson Square are a seasoned country duo with two top five albums, certified gold and 2X platinum singles and continue to rack up multiple Grammy nominations and three trophies as Vocal Duo of the Year at the ACM and CMA Awards. After welcoming the birth of their son, Cooper, in 2016, Shawna and Keifer Thompson’s […]

Brij didn’t just write Fiji’s history. He was part of it. We have heard before of his role as commissioner on the Fiji Constitution Review Commission in 1996. In 2009, Brij became an icon of a darker chapter in the history of our country – arrested, assaulted, threatened, deported, banned from entering Fiji and repeatedly […]

The quilt of life is woven together through storytelling

By Marie Herbrandson, RN, and Lauren Loether, LCSW As palliative care workers, we are often asked, “How did you get to work in palliative care? It must be so depressing. Although there are challenges to working in this area, our team believes in the concept that death is “the final act of life” and we […]