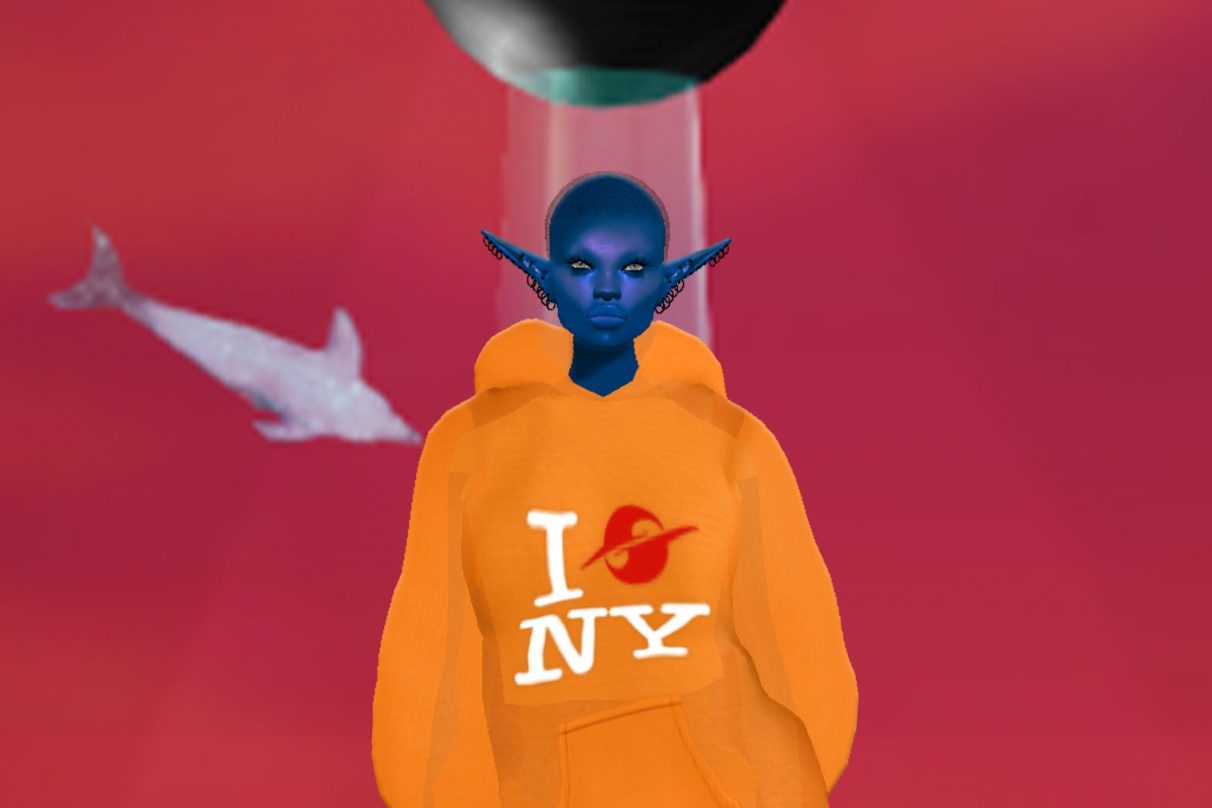 the metaverse has revolutionized our understanding of how we build social bonds and respectively value tangible and digital objects and concepts in art and entertainment. The upward trend of TVN has broadened the scope of possibilities for artists of all mediums to monetize their creations as digital assets. While many of us are still learning to fully grasp the rapidly evolving technology that transforms art, as well as economic and social engagement, many brands and businesses are already embracing a metaverse-driven future that is gaining popularity with a Generation Z audience.

Enter: social networking app IMVU. IMVU isn’t just another digital app in the metaverse. It is hailed as the best social simulation platform for 3D avatars to explore picturesque chat rooms and interactions between them, mainly to show off fantastic personalized outfits when user avatars pose in front of digital backgrounds. adorned. Users can purchase a wide range of digital clothing and accessories to dress their head-to-toe look based on their ideal avatar representations, using real money to purchase directly from the virtual merchandise store. the application.

The headliner of the parade Gypsy sport and brand Monstrous city featured in contrasting Alien-Utopian and Alien-Dystopian chat rooms with matching clothing. Gypsy Sport, originally created as a blog by its creative director Rio Uribe, is no stranger to digital innovation. He became known for his street style which democratizes inclusiveness and diversity through online model casting calls. Last year, Uribe’s collection was an eco-responsible ode to his Mexican-American heritage, Angeleno. In one post-show interview with Princess Gollum, Uribe described the inspiration behind the IMVU collection as “all the last 10 Gypsy Sport collections representing one look in the show, so each look represents a collection from the past – it’s kind of like one of the most great successes “.

Freak City has also been very adept at merging the worlds of fashion and digital in its rebellious designs. In their post-IMVU interview, Creative Directors Justin Romero and Vally Campbell said, “It’s so important that fashion and technology merge mainly because of the endless possibilities. There are no limits in a digital space, which really helps the creativity of designers. Our mind has broadened by being able to work differently from working in real life when dealing with the technical aspects involved in the physical creation of a garment.

With luxury fashion houses now announces the next NFT collections, we take a look back at two of the first brands to enter the metaverse landscape on IMVU. Here are eight of our favorite digital clothes from Gypsy Sport and Freak City below.

The outfit is draped over a blue alien being (the avatar of Princess Gollum). She effortlessly floats out of what appears to be a Gypsy Sport spacecraft in orange strappy heels, strutting down a scent scanned ocean water track before taking off on a white pegasus to present us utopia. Seapunk-esque fashion planet GS. Dressy or casual, the nuanced take on a familiar street style basic fused with a fantasy wonderland makes the “NY Orange Hoodie” a versatile digital fashion garment.

A utopian tropical getaway wouldn’t be complete without an intricately styled boat neck and bell-sleeve bodysuit adorned with Gypsy Sport logos. The luxe and cool clothing evokes both 70s and 2000s styles paired with a matching du-rag that has become a glamorous accessory thanks to black designers like Atira Lyon. Gypsy Sport Combines Vacation Ready Look On Avatar Model Native.Vu with white zipper sandals and layered gold chain jewelry for an overall sensibility.

The pandemic and police brutality have raised awareness of the plethora of inequalities that negatively affect black communities in the United States and around the world. The 2020 racial calculations demanded that neutrality regarding human rights violations and discrimination have no place in art or fashion. In part, the Metaverse mirrors real life, so even in a supposed hedonistic alien fantasy world, virtual creators, designers, and users have a responsibility to dismantle the real-life inequalities that pervade the Metaverse. Gypsy Sport’s three-quarter-sleeved long dress avoids political subtext and instead boldly affirms “Black Lives Matter” through a multicolored patchwork that reminds us of their Spring 2018 ready-to-wear collection.

This oversized camouflage quilted coat and jogging pants paired with digitized Timbs appeal to New York-inspired Y2K hip-hop fashion that is also reminiscent of Gypsy Sport. Fall 2017 ready-to-wear collection. In this virtual setting, the pieces take on a different interpretation of the original look which uses a similar color palette. They manage to go from urban style to island glow seamlessly. Presumably, Metaverse chat rooms don’t have hot temperatures to contend with and aren’t relegated to the same fall / spring collection terms as IRL fashion shows, making them a perfect summer item to acquire for the IMVU avatar wardrobe.

The pieces were all fashioned with a sardonic twist on IRL National Park-themed debit card skins. Perhaps this is a commentary on capitalism as scenes of disarray and lawlessness in an abandoned and dilapidated city form the backdrop for the outfit. With the visual juxtaposition of nature, city, chaos, beauty, money and dismantling systems, Freak City administers meta-humor even within this IMVU metaverse, propelled by capitalist consumption of virtual goods.

Last year’s elections were one of the most politically charged and controversial in our lifetime. Many held their breath as the vote count spanned days that seemed like years, and then collectively breathed a sigh of relief when President Joe Biden and Vice President Kamala Harris were confirmed as the winners. elections. Harris went on to become a representation by becoming the first female, first generation child of immigrant parents, black and Asian vice president. A campaign-style screen-printed image of Kamala Harris on a “Barbie-pink” drawstring puff-sleeve midi dress topped with a Paris Hilton avatar again juxtaposes two seemingly incongruous themes. But, it did manage to be a softer, brighter cornerstone among the rest of the darker colored dystopian clothing and virtual backdrop. This dress is a conversation piece and an aesthetic statement.

These looks are a bit less understated compared to many other slogan clothes in the collection. Nonetheless, they add versatility as staple pieces for a more relaxed everyday virtual look. Who are the avatars who model the plaid graffiti costume? It would be a couple of rappers Black kray aka Sick Boy Rari and Rapper Aok (Aunt Okaaay) aka BootyChaaain of Goth Money Records. Aok wears a baby-T PFreak that can pair well with just about anything, but especially with her beige, red and black graffiti check mini skirt, and the Black Kray avatar combines comfort and coolness in her sweaty tracksuit. same checked graffiti print.

Baggy jeans are both provocative and simple. These pants are branded with black “Freak City” and tag graffiti styles as well as “anarchy” symbols that take on a more rebellious essence than the Graffiti plaid sets above. On the virtual track, Billie Eilish’s Avatar model spray paints “Freak” on a wall in an abandoned city street, then runs to escape the law enforcement agencies attempting to evacuate all humans as the looming fate of alien settlers spreads . Freak city proves that what makes the street style so great is the versatility of its commentary on everyday life in any world, real or metaverse. It’s an item that not only looks great digitally, but makes us desperately wish it was available to wear IRL, which according to Monstrous city, could be “to come”.