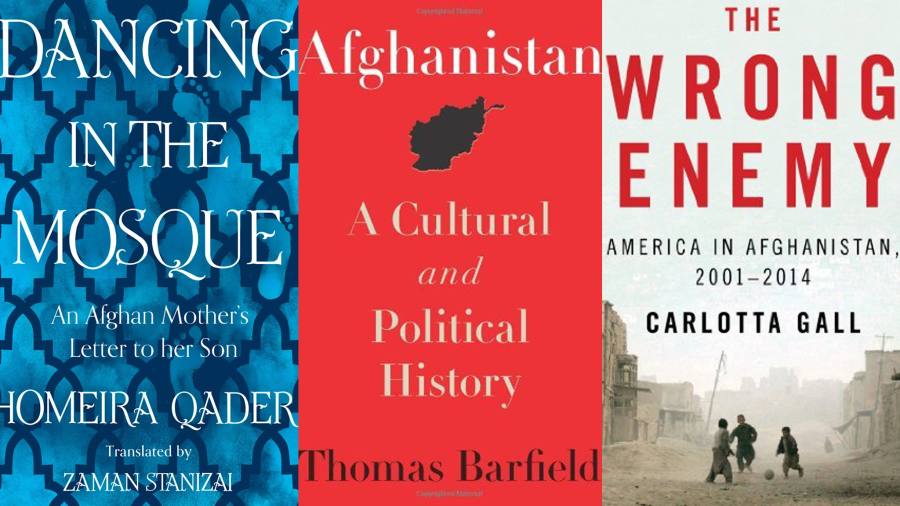 Sign up for myFT Daily Digest to be the first to know about the latest in history books.

Over the past few weeks, Afghanistan has seen dramatic upheavals as the United States withdrew its last troops from the country, ending a two-decade military presence sparked by the September 11 terrorist attacks.

Intelligence agencies had warned that the US-backed government of President Ashraf Ghani could collapse within months of the US leaving under pressure from the Taliban – Islamist militants who ruled Afghanistan under the rule. strict Sharia law from 1996 until they were driven out by the US-led invasion. in 2001.

As it happens, Ghani fled – and the Taliban captured Kabul – two weeks before the last US troops left, ignominiously ending Washington’s political and military intervention. Afghans now face uncertain prospects under the renewed rule of the Taliban, who are themselves under fire from extremists in the Afghan branch of Isis.

Here are five books to read to understand Afghanistan’s troubled recent history, complex ethnic politics, America’s ill-fated war effort, and what could happen to us.

Afghanistan: a cultural and political history

This work by anthropologist Thomas Barfield takes readers of the pre-modern era through the early years of the ill-fated invasion of the United States. It highlights how decades of war at the end of the 20th century undermined Afghanistan’s institutions and social fabric, fueling cycles of increasingly brutal conflict in a country torn by ethnic divisions.

In this eyewitness testimony to the US war in Afghanistan, journalist Carlotta Gall focuses on the subversive role of neighboring Pakistan – and its inter-agency intelligence agency – in nurturing extremist Islamist groups even as Islamabad presented itself as an ally of the United States in the war on terror. .

No good man among the living: America, the Taliban and war through the eyes of the Afghans

In a masterpiece of narrative non-fiction, journalist Anand Gopal offers an intimate look at the conflict, retracing the lives of three Afghans: a Taliban commander, a US-backed warlord and a housewife from college graduate village trying to maintain neutrality. Through their stories, Gopal offers a devastating indictment of how the United States botched their plan in Afghanistan.

Dancing in the mosque: the letter from an Afghan mother to her son

This memoir by Homeira Qaderi, professor of Persian literature, chronicles his adulthood in Afghanistan amidst conflict and conservative social ideals in the 1980s, when he lived under the harsh rule of the Taliban. Raw but lyrical and nuanced, his book is presented as a burning letter to the son torn from his arms at only 19 months. A heartbreaking choice marks the end of the story.

ISIS in Khorasan: Afghanistan, Pakistan and the New Jihad in Central Asia

Leading expert on the Islamic insurgency, Antonio Giustozzi explores the emergence of a local branch of the Islamic State in Afghanistan in recent years – its distinctive goals and strategies, and its complex and troubled relationship with the Taliban, now ready to lead Afghanistan for the foreseeable future.

Amy Kazmin is the FT’s office manager for South Asia

What books have we missed? Share your recommendations below and join our online reading group on Facebook at ft.com/ftbookscafe

Mohsin Hamid on the case against the wars

The last days of the “New Afghanistan”

From Kabul, stories of a generation living the last moments of a freedom that is all it has ever known