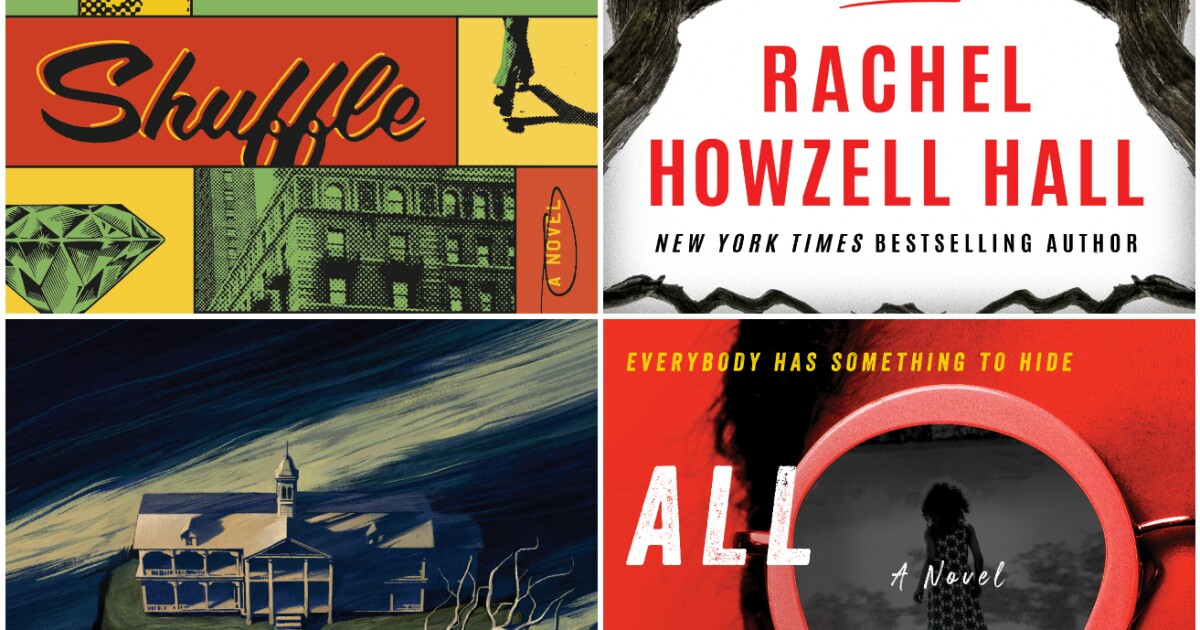 If you purchase related books from our site, The Times may earn a commission from Bookshop.org, whose fees support independent bookstores.

This fall mysteries and thrillers are led by sure-fire captivating like ‘The Dark Hours’ by Michael Connelly, ‘Silverview’, John le Carré’s Latest Spy Festival, and Broadcast Journalist Tamron Hall’s Early Mysteries ( “As the Wicked Watch”) and Hillary Rodham Clinton (“State of Terror,” with successful veteran Louise Penny). But I’m mostly excited by five contenders flying a little lower under the radar, all of which are worth adding to your lineup.

The latest from the LA native and Times Book Prize finalist features Mickie Lambert, a young woman whose work on a digital album for a former curio store owner Santa Barbara Plaza is devastated by the woman’s death. Was it really suicide? The mysterious plots are winding and gripping, but it’s also worth noting the realistic rendering of a black neighborhood in LA locked in a battle for gentrification.

Sure, the two-time Pulitzer Prize winner (“The Nickel Boys”, “The Underground Railroad”) tried his hand at mysterious tropes in “The Intuitionist,” but this one is firmly in the genre’s pocket. Starring a slightly ‘twisted’ furniture salesman from Striver’s Row caught on a wild adventure, the novel tackles the intricacies of a bygone New York, from the wonders of the World’s Fair to the despair of the Harlem riot.

Eldridge takes Culver City-based Norwegian Chinese ninja Lily Wong and her mother from Los Angeles to Hong Kong amid pro-democracy protests and a high-stakes Wong family board meeting. Building on her fifth degree black belt experience in To-Shin Do ninjutsu, Eldridge established Lily in her first two ninja mysteries as a protector of women and youth; here she expands her portfolio to corporate and family intrigues, triads and even a bit romance.

Like “The Intuitionist” by Whitehead, “When No One Is Watching” by Alyssa Cole or “The Other Black Girl” “Reprieve” by Zakiya Dalila Harris overlaps genres in the best possible way. The murder in the late 1990s of a man at Quigley House, a full contact haunted house in Lincoln, Neb., In a contest gone awry, and the trial that followed are but one part of the story. It’s the compelling flashbacks from various candidates and others that lead Mattson to take a deeper look at America’s addiction to horror, occasional racism, the deteriorating political climate, and more. Sure to spark conversation and debate in book clubs across the country.

From a new perspective on the legal thriller, Ivy League-trained Ellice Littlejohn is the only black lawyer in a family law firm in Atlanta. Summoned one morning to the office of her boss, Michael, she finds the attorney general (and, oops, her lover) died from a seemingly self-inflicted injury. Things take a turn for the worse when she is quickly promoted to Michael’s old job and the cops come in to sniffle her, forcing her to juggle a family secret with the dawning awareness of something fishy going on in the executive suite.

Woods is a literary critic, editor and author of the Charlotte Justice mystery series.